Here are the latest images showing the recent eruptions from Eyjafjallajökull - one of Iceland's 130 volcanic mountains.

All images have been received via Eumetsat's satellite broadcasts and processed using software from David Taylor (http://www.satsignal.eu/ )

On Sunday may 16th. 2010 flights to and from northern airports were suspended following advice that ash concenbtrations near and over the UK would be exceeeding safe levels for flying.

The image below shows a MODIS image for 0305GMT. Note the change of colour compared to previous emission detection. 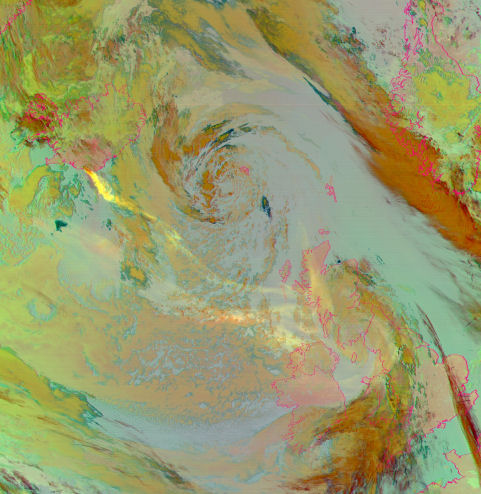 Here are some previous ones: 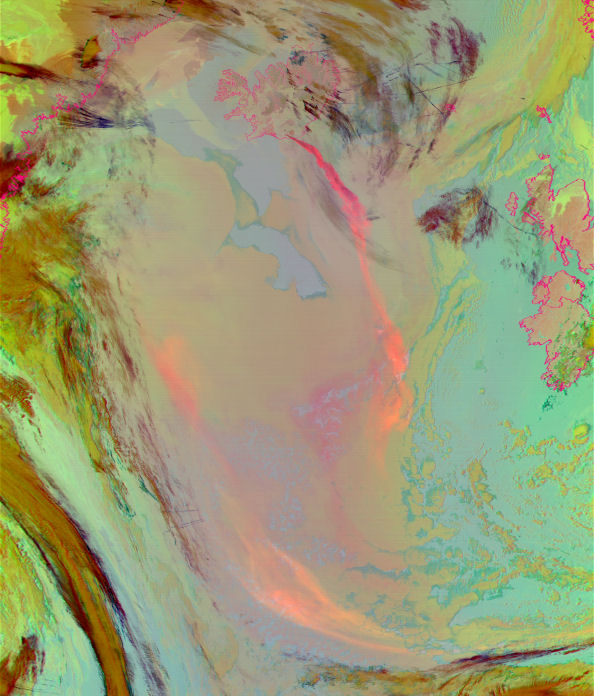 This earlier MODIS image was taken at 0315 on 07/05/2010 - showing the extent of ash aerosol spreading south down the north Atlantic and curling back under a high pressure 'Omega' block. 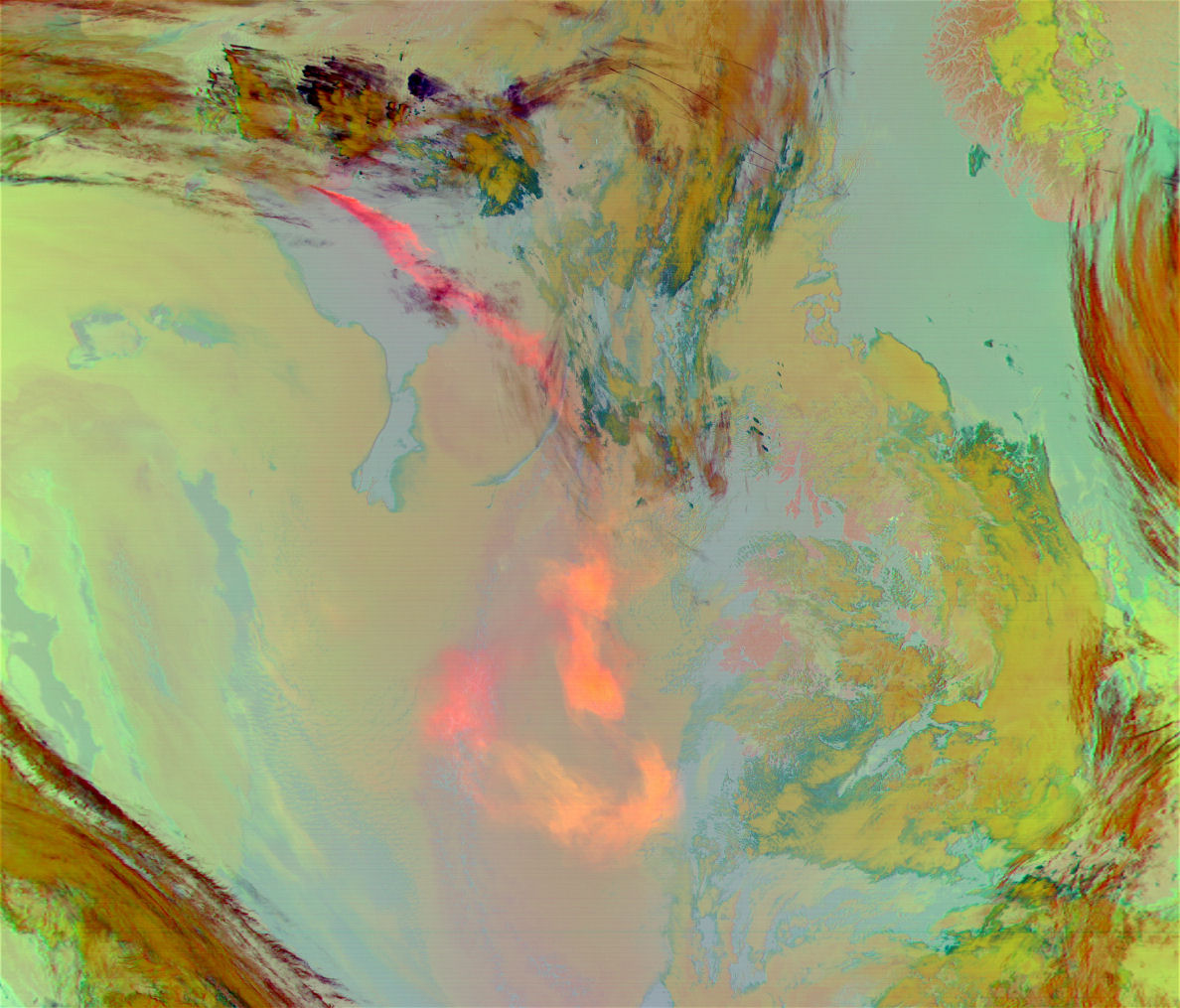 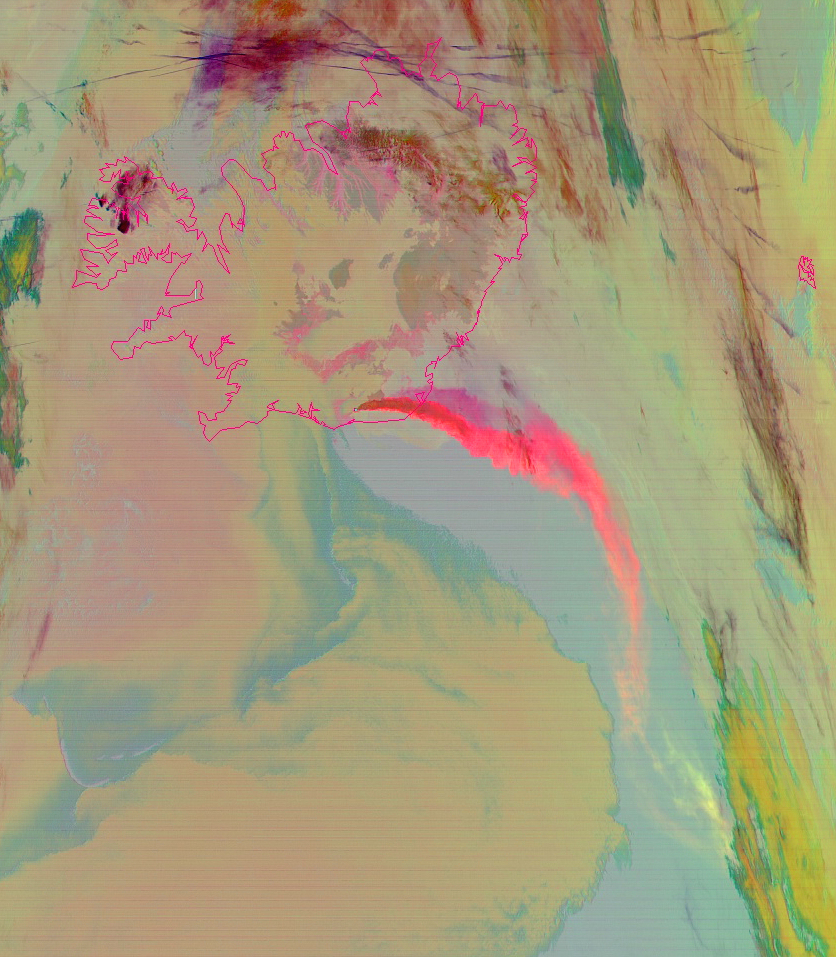 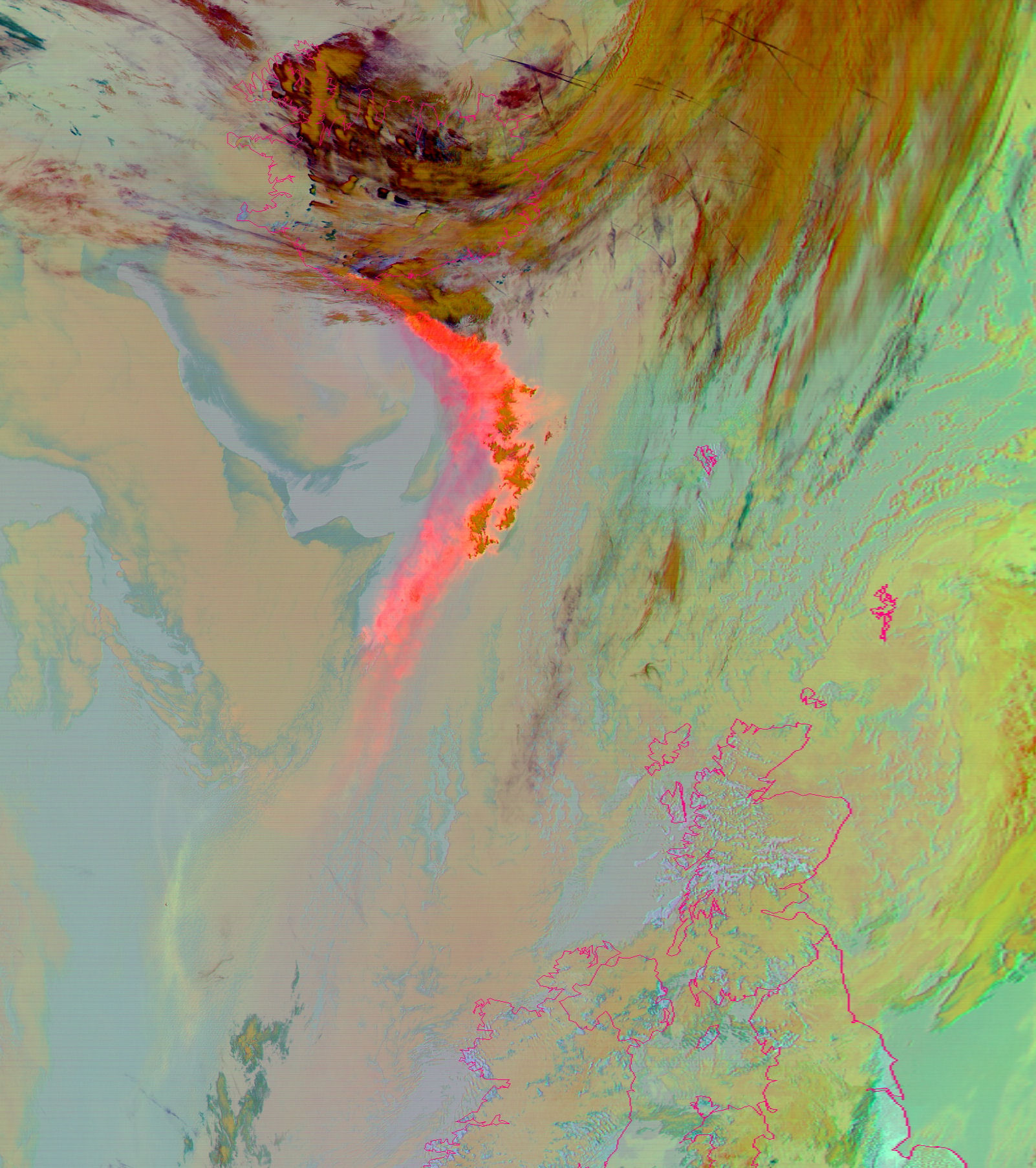 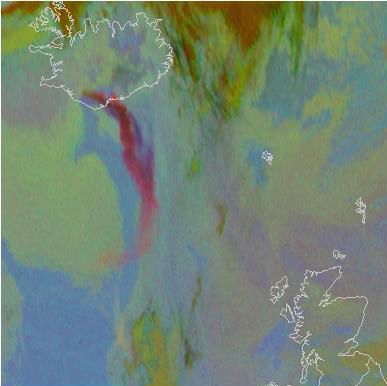 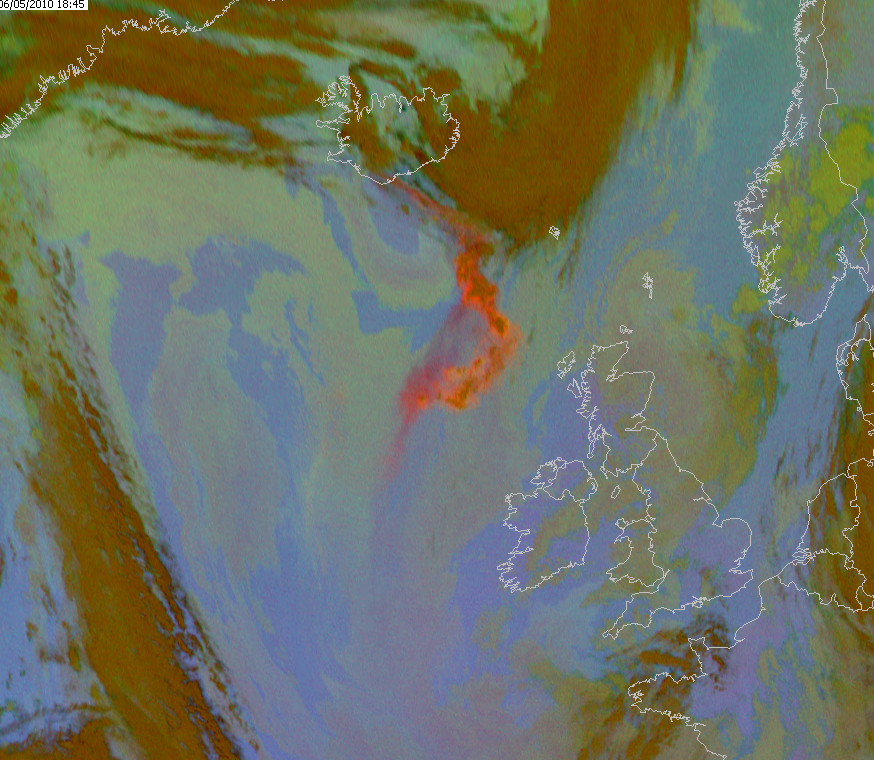 Here are images from the first eruption

The ash cloud is in blue streaming from the SW corner of Iceland. 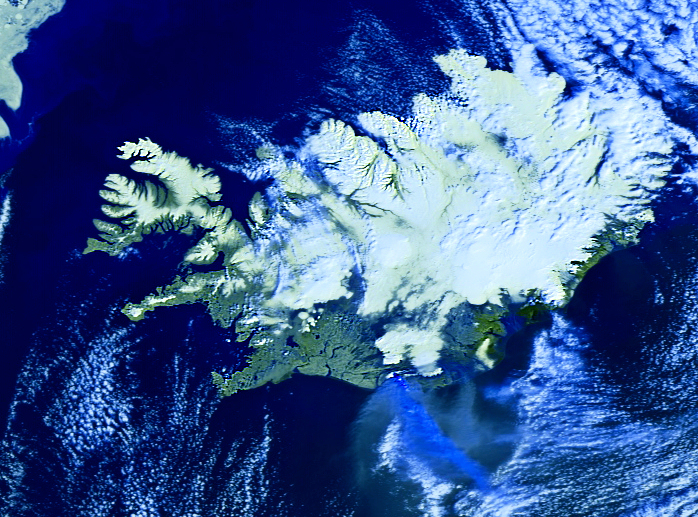 The image combined two segments (1315 and 1320) from Saturday April 17th 2010 and uses the ASH derivation option in the MODIS viewer programme. 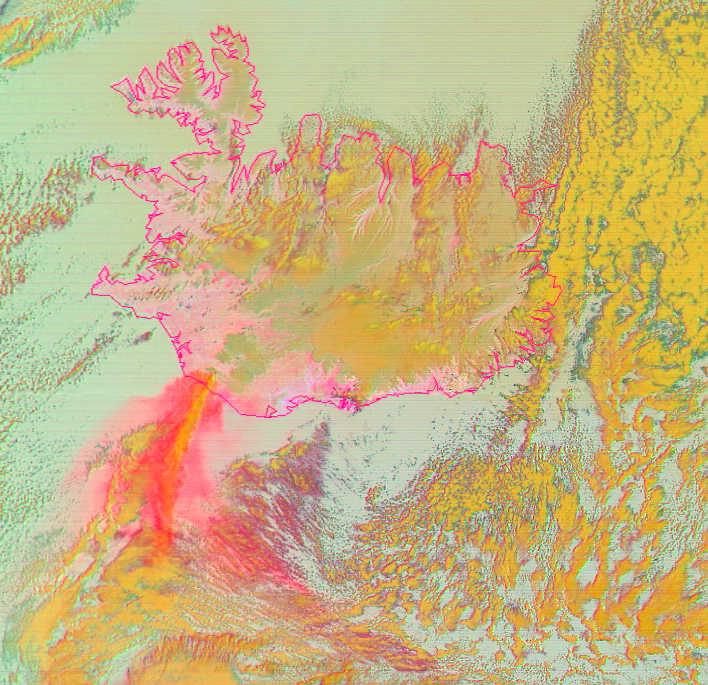